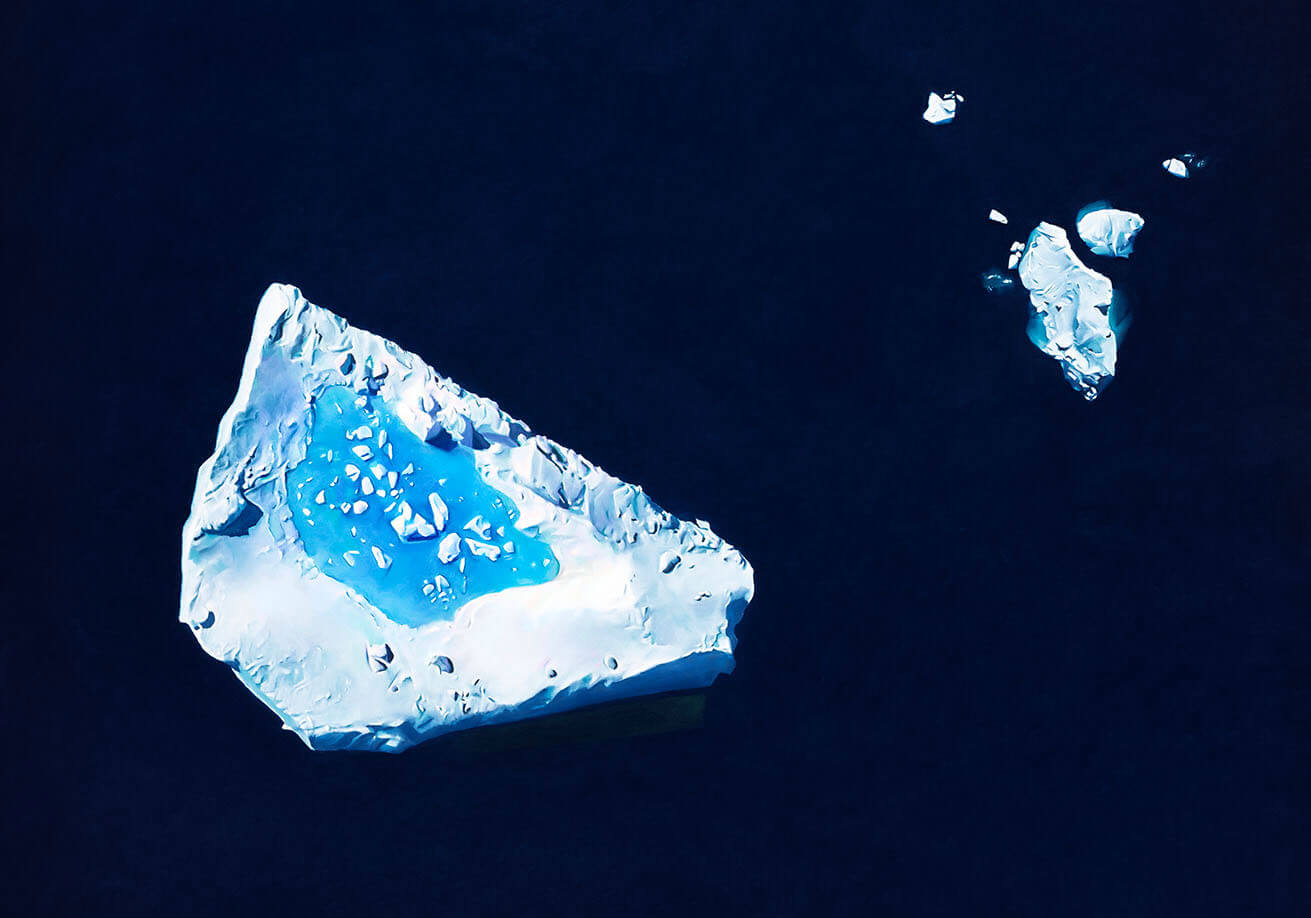 In the spirit of its ongoing concern for the future of the planet, Mana Contemporary presented Implied Scale: Confronting the Enormity of Climate Change from April-July, 2021, an exhibition focused on motivating mobilization toward reversing the climate crisis. This special exhibit also included a series of virtual and in-person events featuring the world’s leading scientific minds on climate change.

Implied Scale featured the works of five artists—Catherine Chalmers, Zaria Forman, Jeff Frost, Ted Kim, and James Prosek— who not only aim to convey the magnitude of the earth’s current climate crisis but also to communicate the depth of the issue in ways that inspire action. These artists impart the gravity of the situation and also inspire one’s innate awe at the complexity of the planet’s ecosystems and arouse a commitment to change without invoking feelings of complete despair.

The artists and works that were on view for the exhibition included:

Throughout the run of Implied Scale: Confronting the Enormity of Climate Change, Mana Contemporary hosted a series of virtual panels and conversations by these and other artists, along with scientists, environmental activists, and public officials. Additional events and community programs also took place at Mana’s Chicago and Miami locations. The events were meant to stimulate dialogue and insight real-world changes. Confirmed events included: